I hope to find you well as you read this short explanation of “LoV-Write” and the author Judah LoVato. 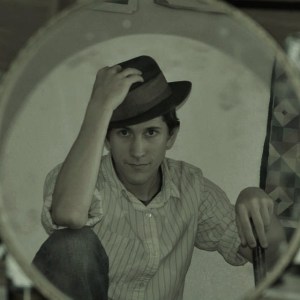 LoV-Write emerged in the summer of 2012 as LoVato reconsidered his professional image. (He had, during high school, considered the brand name “The Mad Mans Pen”, but decided that “LoV-Write” was rather more endearing).

LoV-Write, as a name, is derived from LoVato Writes and Love of Writing, with the added pun of LoVato Wrights -a reference to the profession of a shipwright.

“LoV-Write” is meant to capture both the family name of LoVato, and the energy required to be a “word-wright”. Though just in the infant stages, LoVato hopes to make LoV-Write an emblematic name of 21st writing.

Though LoV-Write is the brandname, LoVato as a writer has a history of his own.

LoVato was born, or possibly hatched, in the spring of 1992, and graduated from Rocky Mountain College with B.A. in Literature Studies some 22 years later in the spring of 2014. While at college LoVato developed a fondness for Virginia Woolf and James Joyce, wrote his first novel, December, and learned how to speak parrot.

Though many a quaint and curious journey has occurred between his birth and college graduation, they are far too numerous and epic to tell here. But know, dear reader, that though Judah LoVato has not permitted disclosure of his fantastical history (yet); ogres, faeries, and dragons are most certainly involved.

One thought on “About LoV-Write”